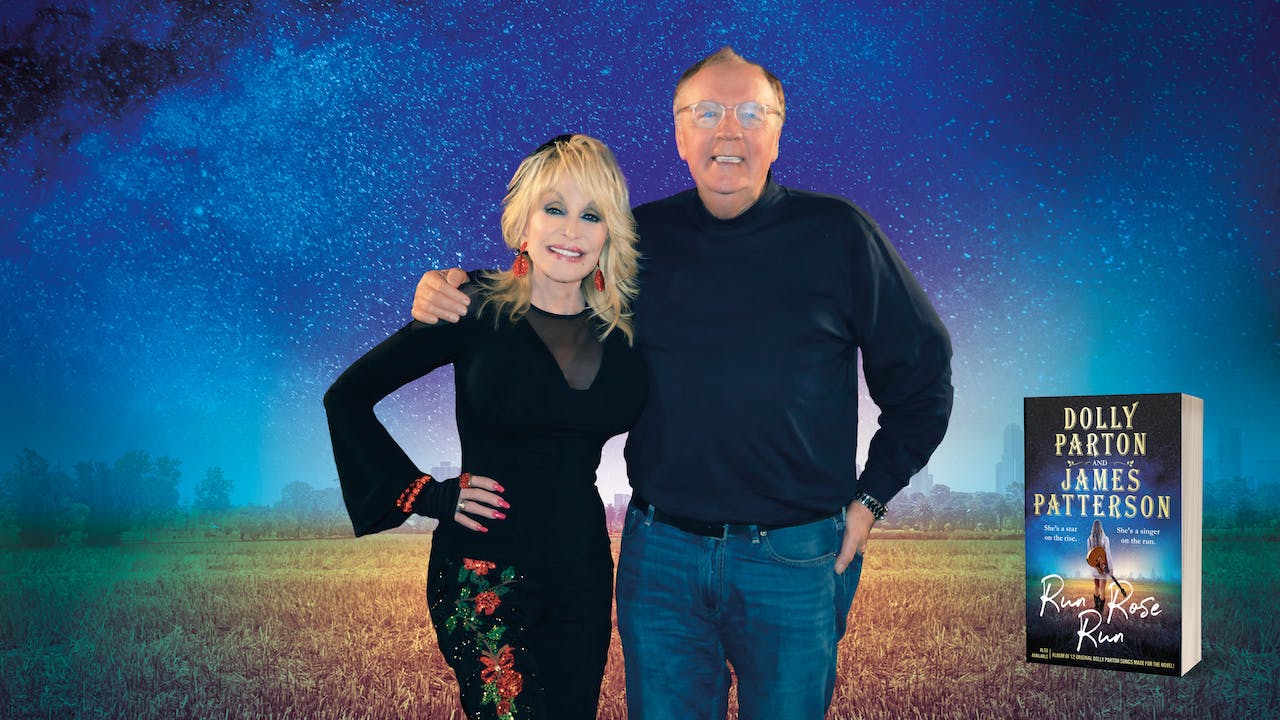 Join internationally beloved entertainer, Dolly Parton, and bestselling author, James Patterson, as they celebrate the publication of their new book Run Rose Run: a thriller about a young singer songwriter on the rise and on the run and determined to do whatever it takes to survive.

In conversation for this exclusive event, Dolly and James will explore what it was like to write a novel together – the first novel Dolly has ever written – and how they came to join forces to craft this unputdownable thriller. They will share their creative processes and the inspiration behind the character of Rose, a star on the rise and ready to claim her destiny in Nashville. Parton will also reveal details of the album of twelve original songs she was inspired by the book to write, record and produce.

Dolly Parton is a singer, songwriter, actress, producer, businesswoman and philanthropist. The composer of more than 3,000 songs, she has sold over 100 million records worldwide and has given away millions of books to children through her non-profit, Dolly Parton's Imagination Library.

James Patterson is one of the best-known and biggest-selling writers of all time. His books have sold in excess of 400 million copies worldwide. He is the author of some of the most popular series of the past two decades - the Alex Cross, Women's Murder Club, Detective Michael Bennett and Private novels - and he has written many other number one bestsellers including stand-alone thrillers and non-fiction.

Don’t miss this once-in-a-lifetime opportunity to spend an entertaining and glittering evening with a country music legend and bestselling thriller writer.