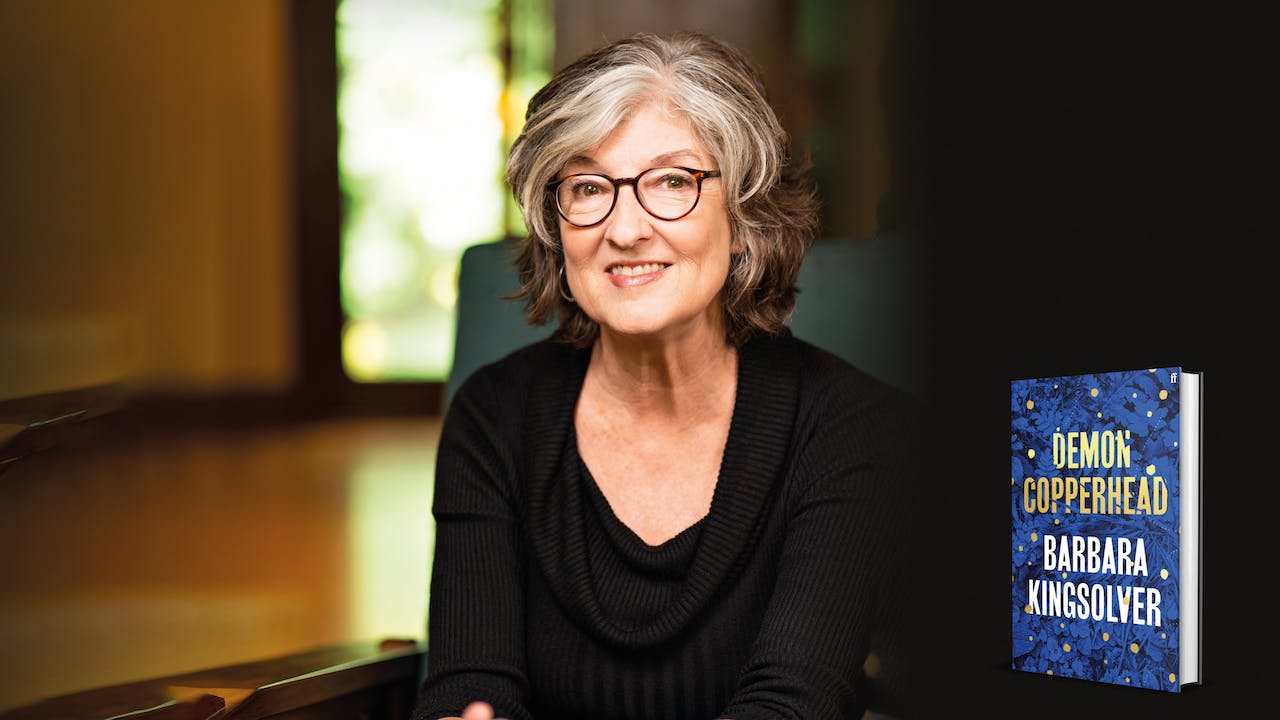 Demon’s story begins with his traumatic birth to a single mother in a single-wide trailer, looking ‘like a little blue prize-fighter’. For the life ahead of him he would need all of that fighting spirit, along with buckets of charm, a quick wit, and some unexpected talents, legal and otherwise.

We befriend Demon on his journey through the modern perils of foster care, child labor, derelict schools, athletic success, addiction, the dizzying highs of true love, and the crushing losses that can accompany it. Demon is the voice of new generation of lost boys, and all those born into beautiful, cursed places they can't imagine leaving behind.

In conversation with Ruth Ozeki for this virtual event, Barbara will explore the inspiration behind her new book, a vivid reimagination of David Copperfield for the modern age. She’ll consider the importance of telling the story of the American opioid crisis and why she turned to Dickens for inspiration, a man who spent his career protesting the ravages of poverty on children, in rollicking tales that made the whole world listen.

Suffused with truth, anger and compassion, don’t miss the opportunity to spend an evening with one of the greatest writers of our time as she shares an epic tale of love, loss and everything in between.

Ruth Ozeki is a novelist, filmmaker and Zen Buddhist priest. She is the author of four novels including The Book of Form and Emptiness, which won the Women’s Prize for Fiction 2022; and A Tale for the Time Being, which was shortlisted for the Man Booker Prize 2013 and translated into 28 languages. Ozeki has also written a short memoir, Timecode of a Face. She is affiliated with the Everyday Zen Foundation and lives in Northampton, Massachusetts, where she teaches creative writing at Smith College and is the Grace Jarcho Ross 1933 Professor of Humanities. ruthozeki.com

Barbara Kingsolver is the global prize-winning and bestselling author of ten novels including Unsheltered, Flight Behaviour, The Lacuna, The Poisonwood Bible, Animal Dreams, and The Bean Trees, as well as books of poetry, essays and creative non-fiction. Her work of narrative non-fiction is the influential bestseller Animal, Vegetable, Miracle: A Year of Food Life. Kingsolver’s work has been translated into more than twenty languages and has earned literary awards and a devoted readership at home and abroad. She has both won and been shortlisted for the Women’s Prize for Fiction. She lives with her family on a farm in southern Appalachia.