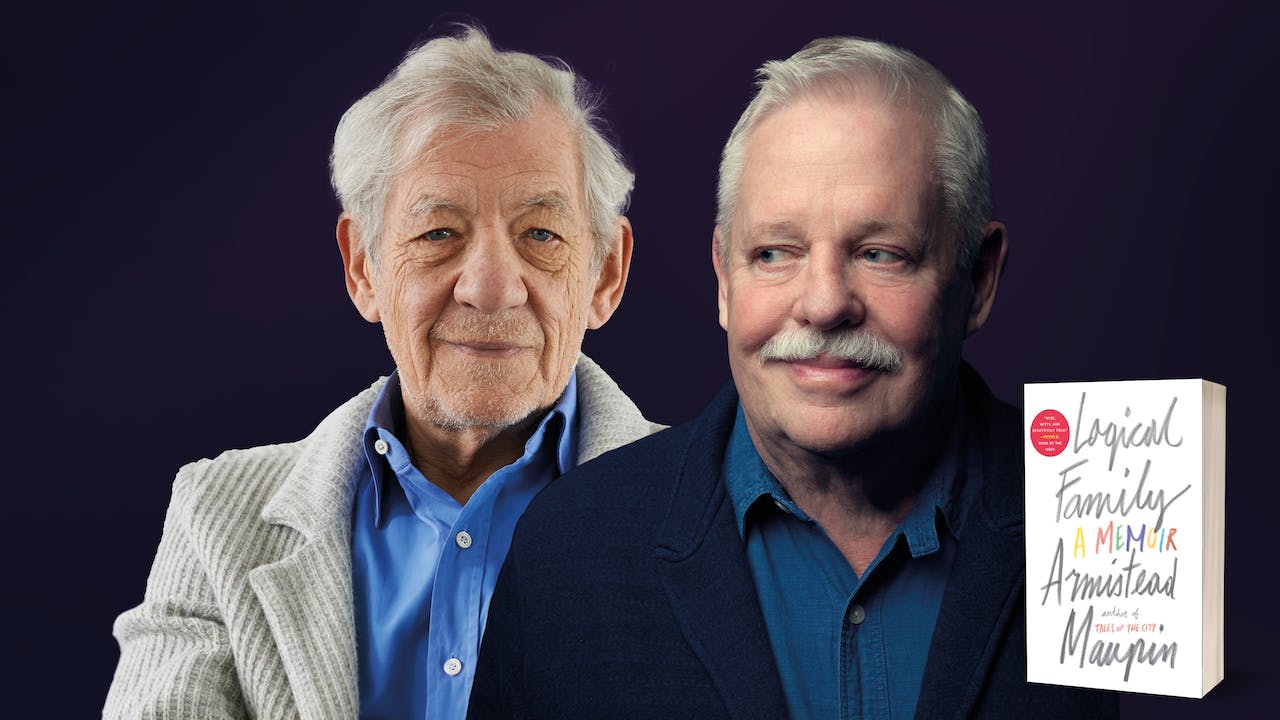 Join the bestselling, much-loved author and LGBTQ+ activist, Armistead Maupin, live on stage in a special one-off event, as he discusses his career with Ian McKellen.
Maupin has been blazing a trail through US popular culture since the 1970’s, when his iconic and ground-breaking series 'Tales of the City' was first published as a column in the San Francisco Chronicle.

The novel series has been taking the literary world by storm ever since and was recently adapted by Netflix into a critically acclaimed new series, starring Laura Linney, Olympia Dukakis and Ellen Page.

Don’t miss the chance to join America’s great storyteller, as he recounts his favourite tales from the past four decades, offering his own engaging observations on society and the world we inhabit.

Ian McKellen is an actor and activist, who has received a multitude of international awards for his performances in the theatre, cinema and television. He has been an eloquent advocate for gay rights since he came out in 1988 and co-founded 'Stonewall', the charity which lobbies for legal and social equality for gay people. He was appointed Companion of Honour ‘for services to Drama and Equality’ in 2007.