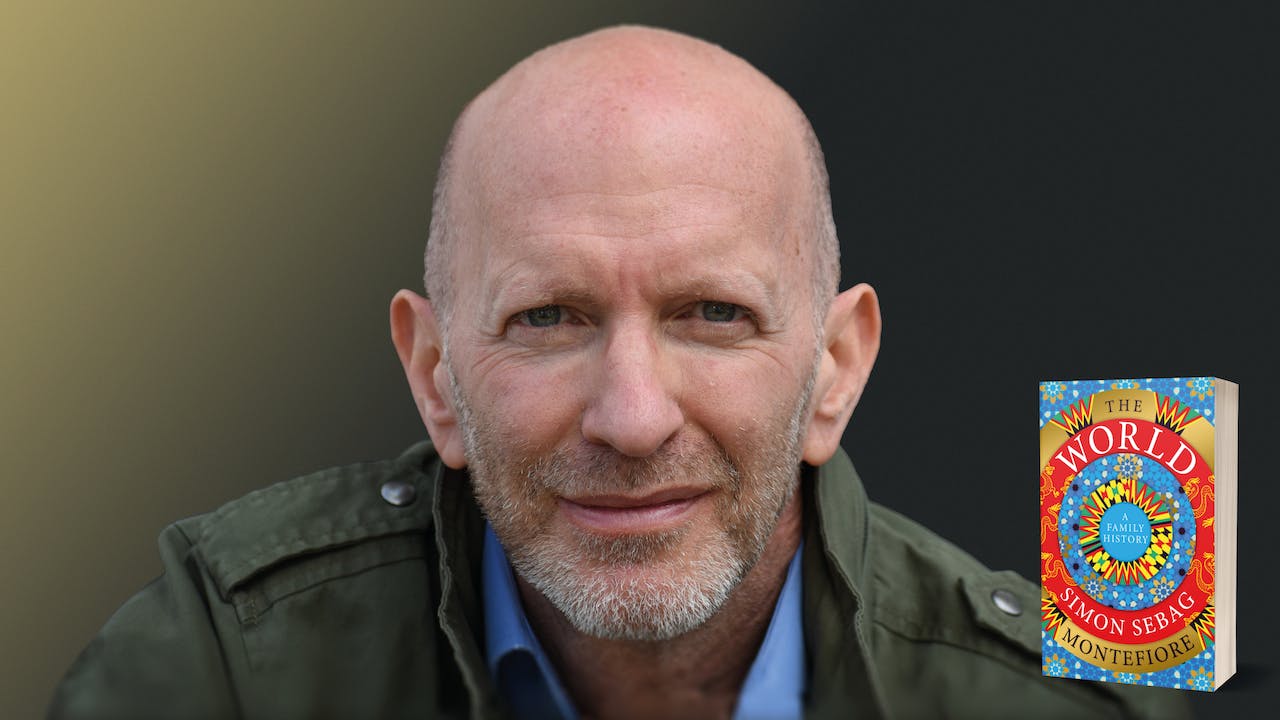 An Evening with Simon Sebag Montefiore

Spend an evening on a thrilling, epic, and original journey through the history of humanity, as told from the dazzlingly fresh and global perspective of prize-winning, bestselling historian Simon Sebag Montefiore.

For this unique live event, join Simon in conversation as he shares a history of our world unlike any other, using family – the one thing all humans have in common – to tell a story spanning all eras and continents, from the perspective of places as diverse as Haiti, Congo and Cambodia as well as Europe, China and America.

Starting with the first footsteps of a family walking along a beach 950,000 years ago, Montefiore steers us through an interconnected world via palace intrigues, love affairs and family lives, linking grand themes of war, migration, plague, religion, medicine and technology to the people at the heart of the human drama.

It features a cast of extraordinary span and diversity: as well as rulers and conquerors there are priests, charlatans, artists, scientists, doctors, tycoons, gangsters, lovers, husbands, wives and children. From Alexander the Great, Attila, Genghis Khan to Ivan the Terrible and Hitler, from Socrates, Michelangelo, Shakespeare to Mozart, Balzac, Newton and Tim Berners-Lee. There is Hongwu who started as a beggar and founded the Ming dynasty; Ewuare the Leopard-King of Benin; King Henry of Haiti; Kamehameha conqueror of Hawaii; Zenobia, Arab empress who defied Rome, Lady Murasaki first female novelist, Sayyida al-Hurra, Moroccan pirate-queen; Indira Gandhi, Margaret Thatcher and Barack Obama. Here are the Caesars, Medicis and Incas, Ottomans and Mughals, Bonapartes, Habsburgs and Zulus, Rothschilds, Rockefellers and Krupps, Churchills, Kennedys, Castros, Nehrus, Pahlavis and Kenyattas, Saudis, Kims and Assads. All the way up to Putin and Zelensky, all human life is here.