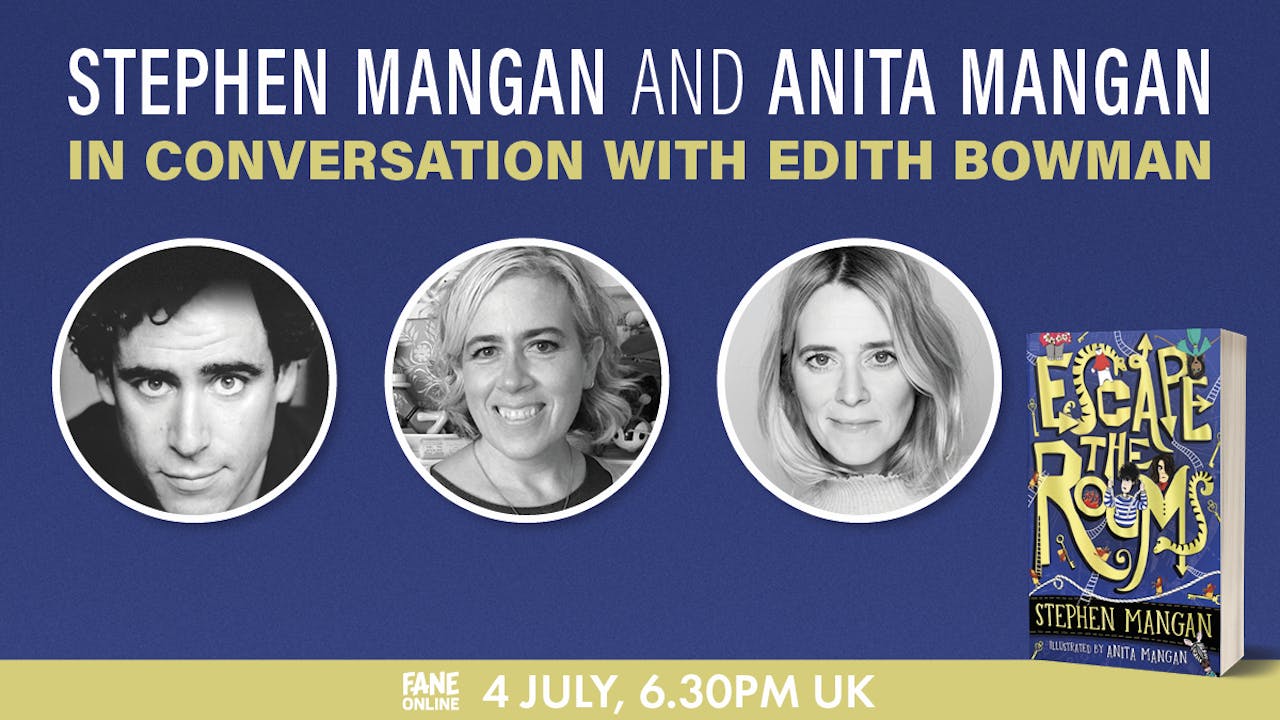 Join actor, screen-writer and author Stephen Mangan and award-winning illustrator Anita Mangan in conversation with broadcaster and podcaster Edith Bowman for discussion of comedy, tragedy and the unique brother-sister collaboration on their first children’s book.

Stephen has huge breadth in roles across television, film, stage and radio and is perhaps best known for his comic gift. Having played classic comic characters from Adrian Mole to Bertie Wooster, Stephen has also brought to life many unforgettable new characters in series such as Green Wing, I'm Alan Partridge and Episodes. Anita Mangan is a successful illustrator and designer who has worked on award-winning books for the Leon brand, Gizzi Erskine and Fearne Cotton.

Escape the Rooms follows two children dealing with loss who have to enter a series of mysterious Rooms to solve riddles, clues and trials to find their way home. Wildly funny and endlessly surprising, Escape the Rooms is also a story about friendship, overcoming fears and being kind to yourself.

Join Stephen and Anita to hear about their lives, inspiration and favourite funny stories. Expect discussion about humour on screen, stage and page and how comedy can be a powerful vehicle for dealing with grief.