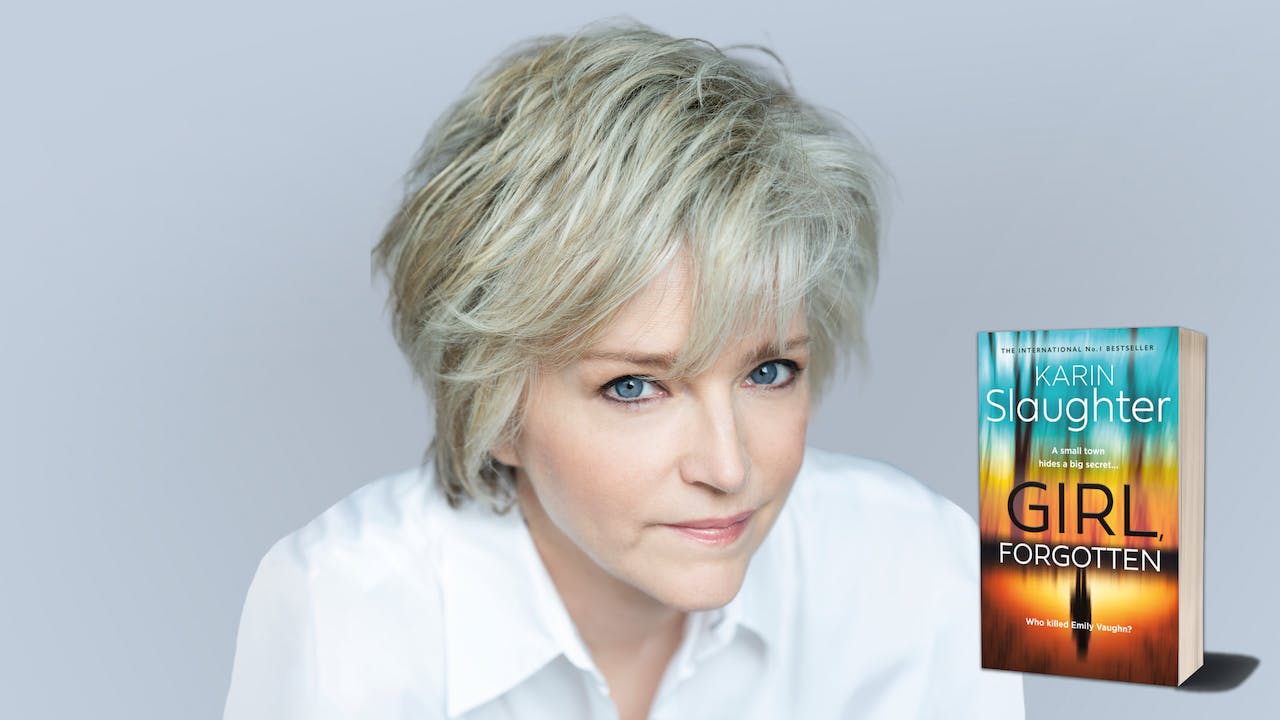 A Night In with Karin Slaughter

Prom Night, Longbill Beach, 1982. Emily Vaughn dresses carefully for what's supposed to be the highlight of any high school career. But Emily has a secret. And by the end of the night, because of that secret, she will be dead.

Nearly forty years later, Andrea Oliver, newly qualified as a US Marshal, receives her first assignment: to go to Longbill Beach to protect a judge receiving death threats. But Andrea's real focus isn't the judge – it's Emily Vaughn. Ever since she first heard Emily's name a year ago, she's been haunted by her brutal death. Nobody was ever convicted – her friends closed ranks, her family shut themselves off in their grief, the town moved on – so the killer is still out there. But now Andrea has a chance to find out what really happened…

In conversation for this virtual event, Karin will share the inspiration behind her new book – how she likes to think of a crime first and wonder how her characters would respond – and how she carries out her meticulous research. She’ll also consider the authors that inspire her, and what it was like to have another of her novels, Pieces of Her, recently made into a hit Netflix series.