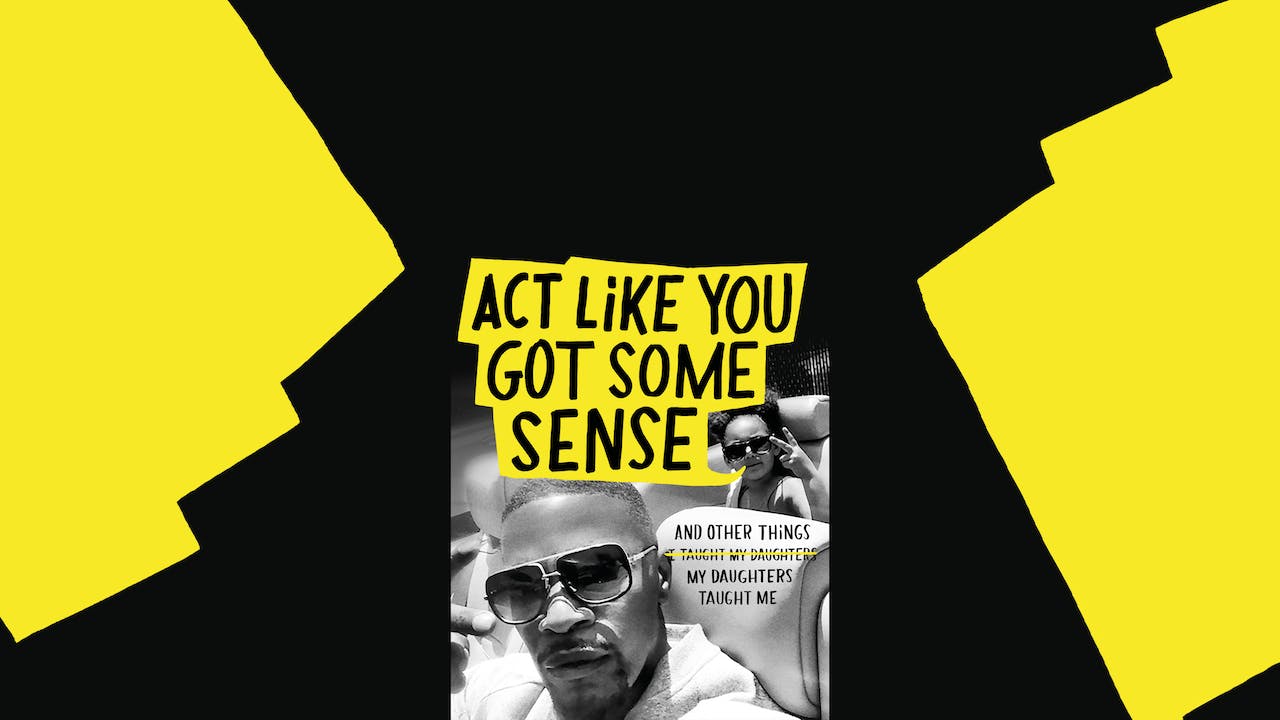 A Night In with Jamie Foxx

To mark the publication of Act Like You Got Some Sense

Jamie Foxx is not only an actor, comedian, and musician, he's also starring in his most humbling and long-running role yet as father to two independent girls: Corinne and Anelise. While his daughters have very different views on the world, there is one thing they can agree on: Dad gets on their motherf***ing nerves. Though every day with his girls brings hurdles and hilarity, he's learned a lot along the way.

Join Foxx for this virtual event, in conversation with Erica Wagner as he reveals his rocky parenting journey through priceless stories about the tough love and old-school values he learned growing up in the small town of Terrell, Texas; his early days trying to make it in Hollywood; and life after achieving stardom. You would think being an A-lister would ease his dad-duty struggles, but if anything, it has only made things more complicated. It seems that a teenage girl who just wants to blend in with her friends will not be excited to see her dad's flashy new convertible at the front of the carpool lane.