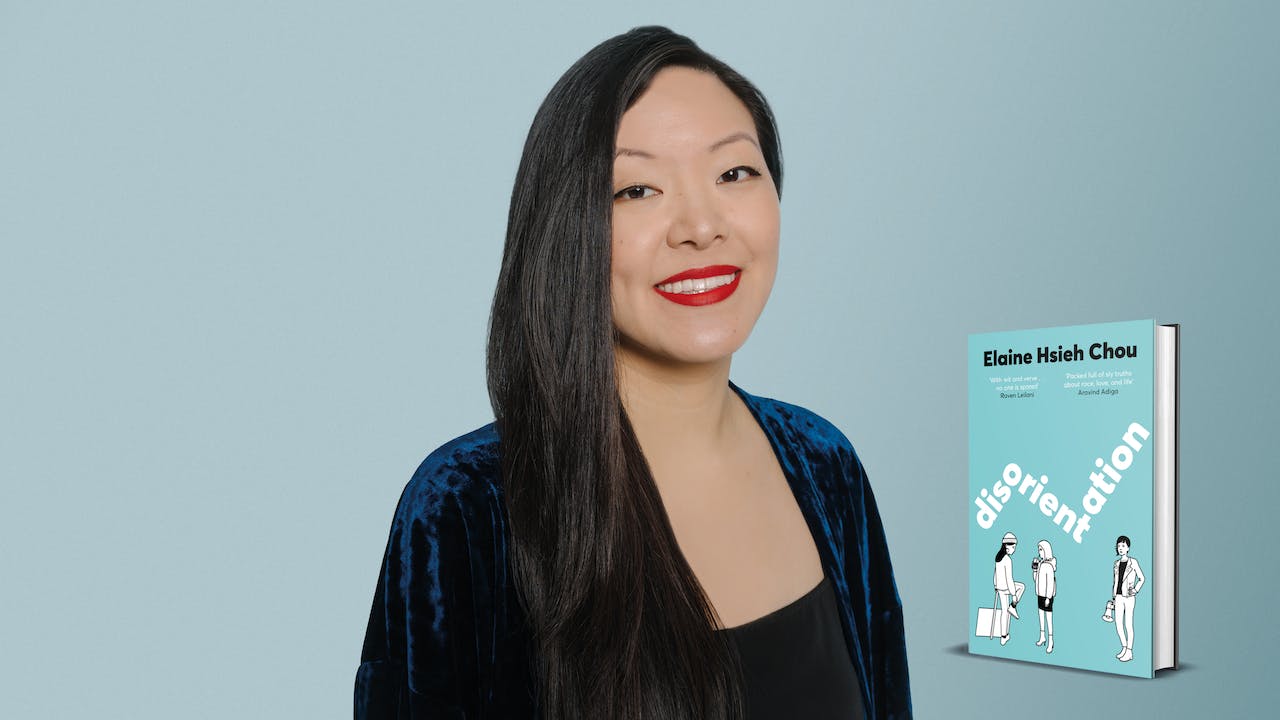 A Night In with Elaine Hsieh Chou

Twenty-nine-year-old PhD student Ingrid Yang is desperate to finish her dissertation on the late canonical poet Xiao-Wen, so when she accidentally stumbles upon a strange and curious note in the Chou archives, she convinces herself it’s her ticket out of academic hell.

But Ingrid’s in much deeper than she thinks. Her clumsy exploits to unravel the note’s message lead to an explosive discovery, one that upends her entire life and the lives of those around her. With her trusty friend Eunice Kim by her side and her rival Vivian Vo hot on her tail, together they set off a roller coaster of mishaps and misadventures, from campus protests and over-the-counter drug hallucinations, to book burnings and a movement that stinks of Yellow Peril propaganda. In the aftermath, nothing looks the same, including her gentle and doting fiancé, Stephen Greene . . . As the events Ingrid instigated keep spiralling, she’ll have to confront her sticky relationship to white men and white institutions – and, most of all, herself.

In conversation with Sarah Jafari, Elaine will consider the inspiration behind her debut novel - at once a blistering send-up of privilege and power, and a profound reckoning of individual complicity and unspoken rage. This event promises to be electrifying and enlightening; do not miss it.

'Chou's pen is a scalpel. Disorientation addresses the private absurdities the soul must endure to get free, from tokenism, the quiet exploitation of well-meaning institutions, and the bondage that is self-imposed. Chou does it with wit and verve, and no one is spared.' - Raven Leilani