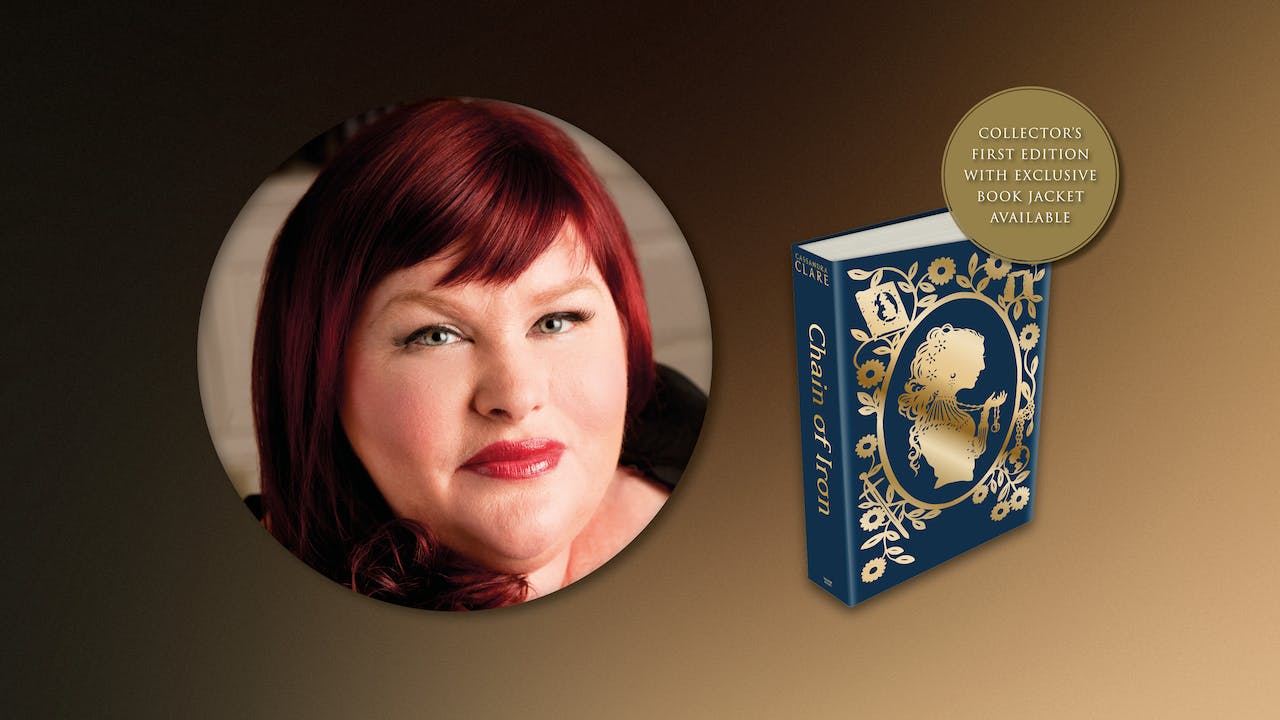 The event will initially be broadcast on 4 March at 18:30 UK time. It will be available to view up to a week after the event has ended and can be accessed worldwide.

Cordelia Carstairs seems to have everything she ever wanted. She’s engaged to marry James Herondale, the boy she has loved since childhood. She has a new life in London with her best friend Lucie Herondale and James’s charming companions, the Merry Thieves. She is about to be reunited with her beloved father. And she bears the sword Cortana, a legendary hero’s blade.

But the truth is far grimmer. James is in love with the mysterious Grace Blackthorn whose brother, Jesse, died years ago in a terrible accident. Cortana burns Cordelia’s hand when she touches it, while her father has grown bitter and angry. And a serial murderer is targeting the Shadowhunters of London, killing under cover of darkness, then vanishing without a trace. Together with the Merry Thieves, Cordelia, James and Lucie must follow the trail of the knife-wielding killer through the city’s most dangerous streets.

Join Cassandra in conversation as she considers how her stories are inspired by world mythology, what it was like seeing her novels adapted into a hit TV series, and what’s next for her beloved characters.