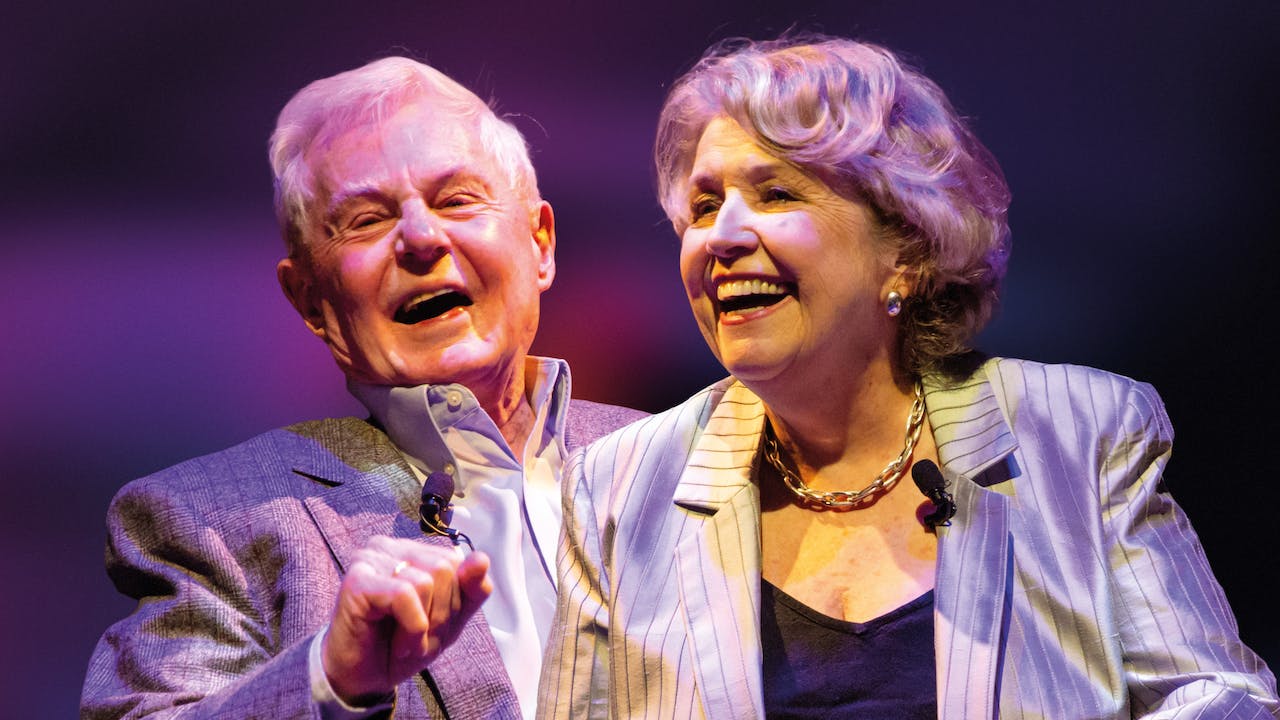 Sunday in the Park: Anne Reid and Sir Derek Jacobi

Two of the most celebrated British icons of stage and screen, Sir Derek Jacobi and Anne Reid meet on stage in conversation.

With gilded acting careers spanning several decades, Jacobi and Reid are universally known for their remarkable performances in theatre and television. And yet, the pair met only when they were brought together on the set of Sally Wainwright’s phenomenal BBC One romantic drama series, Last Tango in Halifax. This led to them recording a debut album, You Are the Best Thing That Ever Happened To Me – a gorgeous collection of duets from The Great American Songbook.

Born into a non-theatrical family in the East End, a founding member of the Royal National Theatre, winner of 2 Olivier Awards (Cyrano de Bergerac and Twelfth Night), 1 Tony Award (Much Ado About Nothing), A BAFTA (I, Claudius), holder of 2 knighthoods – British and Danish, as well as their experience of working together, Anne has much to explore with Derek.

Anne Reid is one of Britain's most loved and respected actors, star of the very popular Ladies of Letters, Dinnerladies, The Mother, Years and Years and Sanditon.

Expect an afternoon of glorious anecdotes and penetrating insight into two exceptional careers.

Presented by Fane as part of the ‘Sunday in the Park’ season at Opera Holland Park.