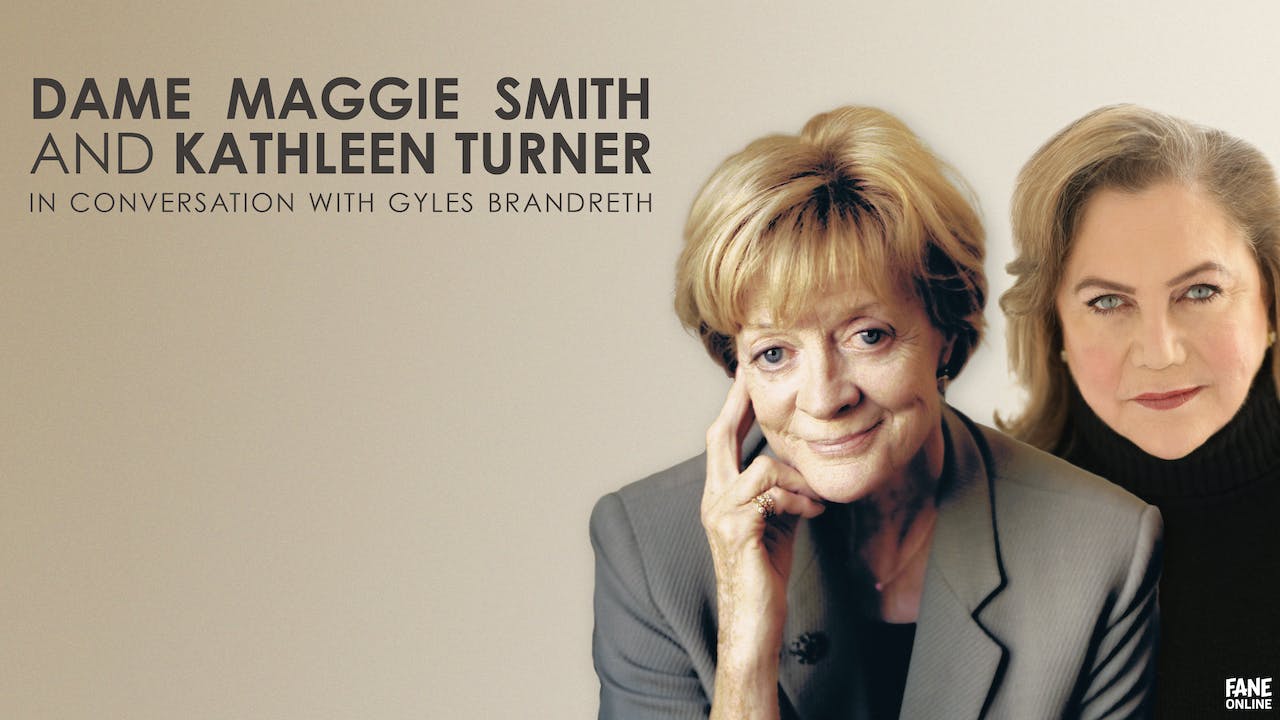 in conversation with Gyles Brandreth

Kathleen Turner met Maggie Smith in 2000 while they were performing in adjacent theatres in London’s West End – Maggie in The Lady in the Van at the Queens Theatre, and Kathleen in The Graduate at the Gielgud Theatre.

A series of pre/post show dinners evolved into a friendship which has endured the intervening 20 years. And yet, they have never performed together.

This unique event, hosted by Gyles Brandreth, brings Kathleen and Maggie together on screen for the first time. From either side of the Atlantic, the two iconic actresses will be sharing stories of their unusual childhoods and their remarkable careers on stage and screen. From The Prime of Miss Jean Brodie to The War of the Roses, from Friends to Harry Potter, expect laughter (and perhaps a few tears) along with stories you have never heard before.

With two Oscars, five Golden Globes and three Tonys between them, don’t miss the chance to spend an evening with Kathleen and Maggie as they compare notes and divulge secrets from two extraordinary careers.

This event will be in support of The Royal Theatrical Fund.